The National Police Air Service (NPAS) has a national network of bases across England and Wales.

In addition to the regional bases displayed on the map, NPAS also operates from a base at Lippitts Hill, Epping Forest, from which it provides a 24-hour air service for London, in support of the Metropolitan Police Service.

Click on the map below to enlarge, or click here to open larger version of this map in a new browser window 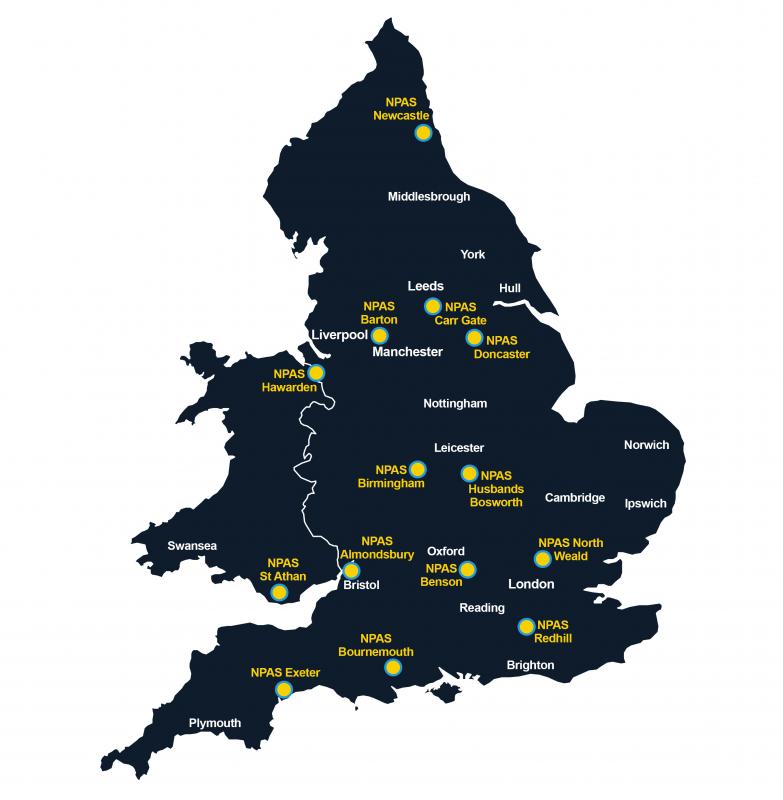