Police air support colleagues are stepping up in support of Tactical Flight Officer PC Gareth James as he aims to raise £40,000 for vital cancer treatment.

Pilots, police officers and staff, former and current, from the National Police Air Service (NPAS) have set off today (8 November 2022) to walk the 50 miles from NPAS Barton, near Manchester, to NPAS Hawarden, in Cheshire, calling in at police stations along the way.

They are part of a fundraising effort which has now reached just over £15,000, or 40% of the target.

Gareth, who is seconded to NPAS from Cheshire Police, was diagnosed with stage four colorectal cancer in January 2021 and his prognosis was ‘dire’.

Despite being initially told that the cancer was inoperable, and being placed on palliative chemotherapy, Gareth embarked on his own self-funded journey to defy the odds and enhance the efficacy of conventional treatment.

And he had some success.

A surgical team in Aintree University Hospital believed they could operate and, in November 2021, he underwent a major eight-hour operation. Whilst hopeful, Gareth’s family were told to prepare for the worst.

“I defied the odds again and came through,” said Gareth.

Gareth continues to receive chemotherapy and at the last scan the cancer was said to be stable.

“To have any hope of a cure for the cancer, I will need to travel to Europe to obtain the necessary intensity and aggressive intervention, and this will be self-funded,” he added.

“I am convinced that had I had an earlier intervention my cancer would not have progressed as far as it had - an ounce of prevention is better than a pound of cure after all.”

Gareth, a keen cyclist, has set up a Just Giving page and his colleagues are rallying round him to help raise the cash he needs.

They are off-duty and walking in their own time.

Thanks also go to Cheshire Constabulary who are providing transport at the beginning and end of the daily legs.

The team plan to reach NPAS Hawarden on Friday 11 September 2022.

If the fundraising efforts exceed £40,000, surplus proceeds will be donated to Nightingale House Hospice, in Wrexham, and bowel cancer charities. 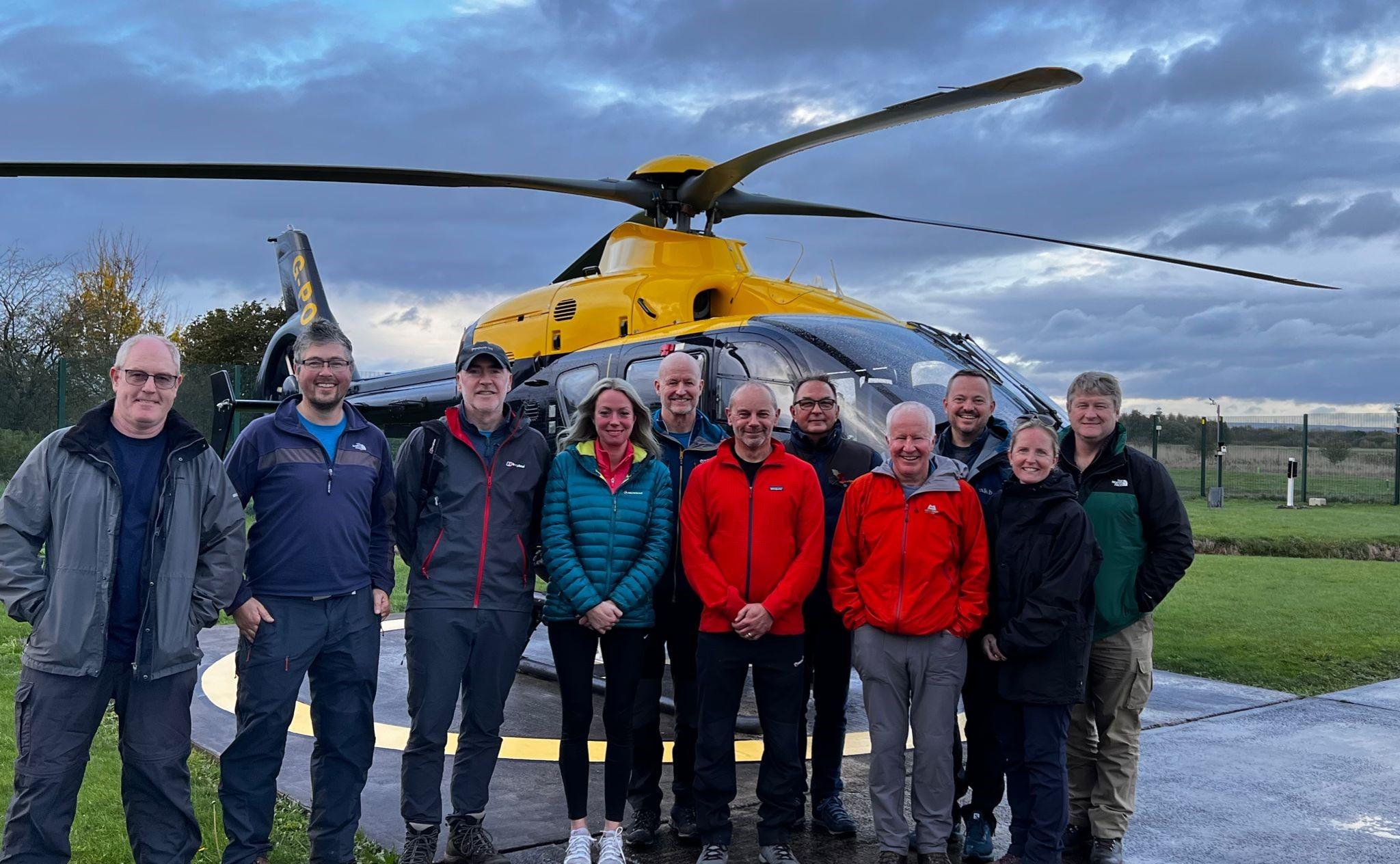